Ice Antics on the PM Glacier

Here is a small sample of some stuff that i have been getting up to after work... 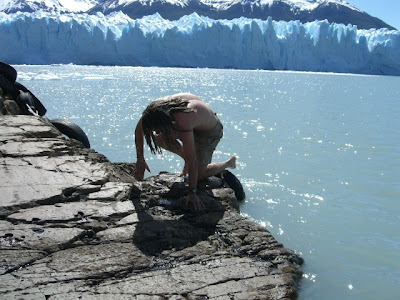 Everyone thinks i am crazy, but i go swimming in the lake (well, ive done it twice anyway). 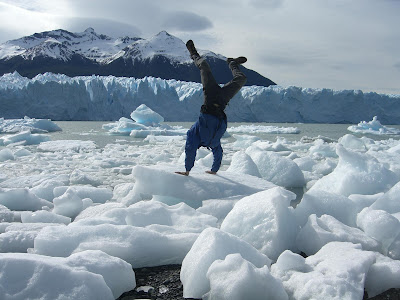 Here is Emanuel a good friend of mine here. That day i found out that it was possible to jump between small floating icebergs (as long as you go fast) to arrive and stand on bigger ones. Hence i thought up a new mission and made the "rema-tempano" (iceberg-rower) - basically a big paddle. 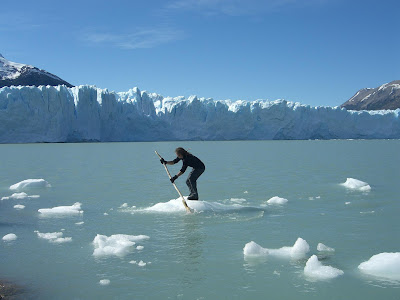 Now although it may look like i am cruising around the lake leaving small icebergs in my wake, be reminded that icebergs have almost 7/8 of their mass below water (a little more with me on it!). For an iceberg to just hold my weight, it must be roughly 600kg. The one above probably weighs in at 1000kg. Trying to move a ton of ice though the water with a little paddle is almost useless. The berg was much more affected by the current and wind, and lets just say that getting back to shore again had its complications! 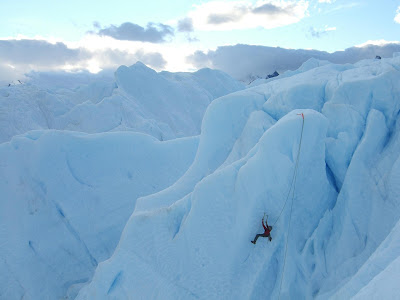 Ok, here as an activity that is more shared by the majority here at the base - Ice climbing. The above wall is super overhung. 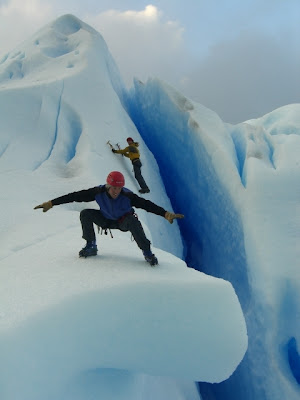 This big block of ice sticking out over a crevasse was great fun. Thats me in the background. 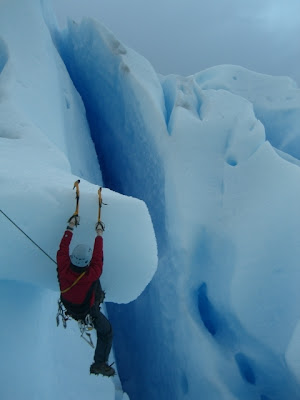 And it didnt snap off. 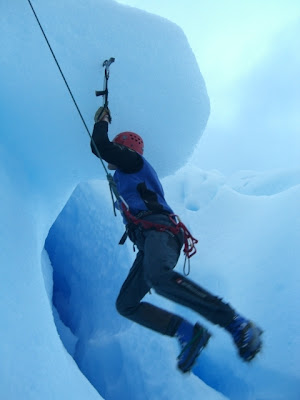 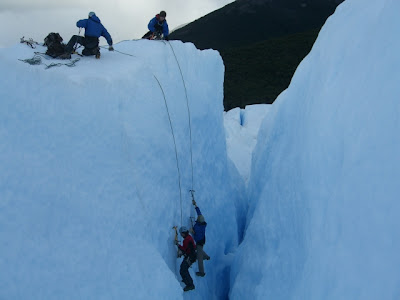 A bit of fun climbing down a crevasse. 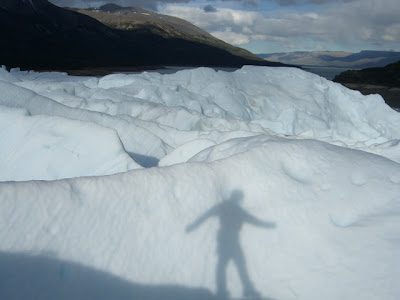