Equador to Peru by the Napo River 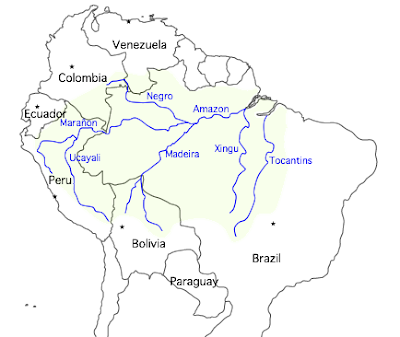 The amazon (shown above) is the largest river basin in the world and contains about one fifth of the worlds fresh water. It also has the most abundant wilderness on the planet, having the highest diversity of birds and primates, one third of all fresh water fish species, 60000 species of plants half of which are endemic to the region. Unfortunately nearly 20% has been lost to industry development and logging and thousands of square kilometres are still being lost every year. 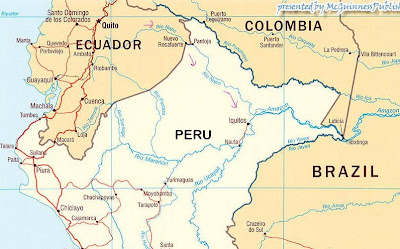 My journey started in the amazonian region of Equador from the town of Coca, located 9hrs in bus east of Quito on the Rio Napo. The Map above shows my journey down the rio napo flowing from Equador to Peru and joining up with the amazon river near the City of Iquitos. The normal route to Iquitos/Amazon river is via Yurimaguas in Peru. Travelling via the Rio Napo meant we got to see a region that sees relatively few tourists. The boat to Rocafuerte on the Equador-Peru border is a slow moving passanger boat taking 12hrs. 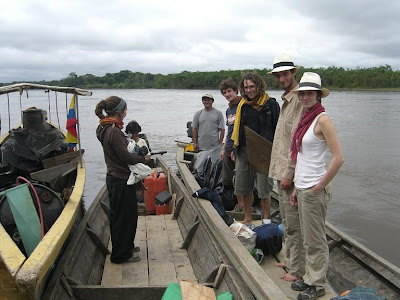 From the peruvian border town of Pantoja there are only a few boats every month. One of these boats had just left the previous day meaning a long wait of unknown time until the next one. Luckily there were 5 other travellers attempting to travel the same route and we could afford to hire ourselves a motor-powered canoe to take us 2 days down river to a place where boats come more regualarly. Above is the team. Below is me showing what boat travel in the amazon is all about! 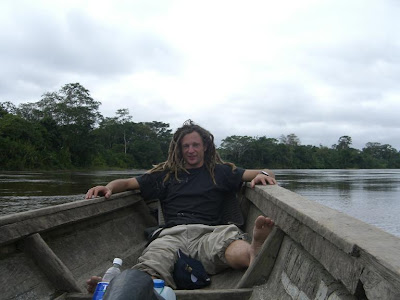 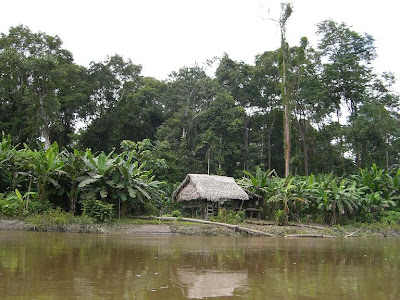 This is the typical dwelling here along the river. These houses sometimes are in communities or villages, but often just randomly scattered along the riverside every kilometre or so. A "house" is often just a roof and floor with varying amount of walls. We stayed 2 nights in the houses of families, and visited several friends/family our driver en route. The kids do nothing but stare at us and are too shy to talk to us. Perhaps some of them had never met foreigners before? 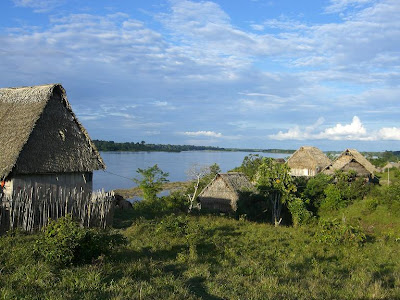 Our canoe trip ended after 2.5 days at the village of Santa Cotilde, a small part of the town is shown above. The next day the fast boat arrived and we were sped to Iquitos and covered roughly the same distance in 4 hours that we had covered in the previous 3 days! 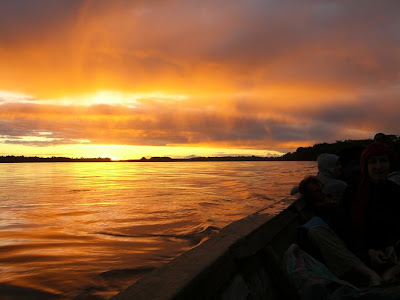 Iquitos is the largest city in the world that cannot be reached by road, and is the largest city in the amazon with about 400,000 inhabitants. It located at only 106m above sea level even though it is more than 3,000km from the mouth of the Amazon at Belem in Brazil, on the Atlantic Ocean. It is situated 125km downstream of the confluence of the Ucayali and Marañón rivers, the two main headwaters of the Amazon River.
Posted by Matt at 16:17 1 comment: